25th January 2020 marks the start of the Chinese New Year; the most significant holiday in China. The celebration is a time to honour ancient Gods and ancestors and marks the first day of the first month in the traditional Chinese calendar.

Did you know – the Chinese New Year falls on a different day each year because it marks the beginning of the Lunar New Year and the start of a new moon.

Year of the Rat Meaning

Each year is represented by an animal sign in the Chinese zodiac with the Chinese New Year 2020 animal being the Rat. The Rat is the first animal in the 12 year Chinese zodiac cycle, with 2032 being the next Rat year. According to Chinese tradition, the rat is a smart creature that brings a new beginning and good fortune.

The Year of the Rat Characteristics

The Rat is ranked first out of all the Zodiac signs because of the personality traits associated with it, such as instinctive, witty, and alert. In fact, people born during the Year of the Rat make great businessmen.

However, people who are born in different years of the Rat can have varied characteristics that reflect one of the five Chinese elements; wood, fire, earth, metal and water. 2020 is the year of the Metal Rat, which means sensitivity and strong self-awareness, along with persuasiveness and a quick tongue. 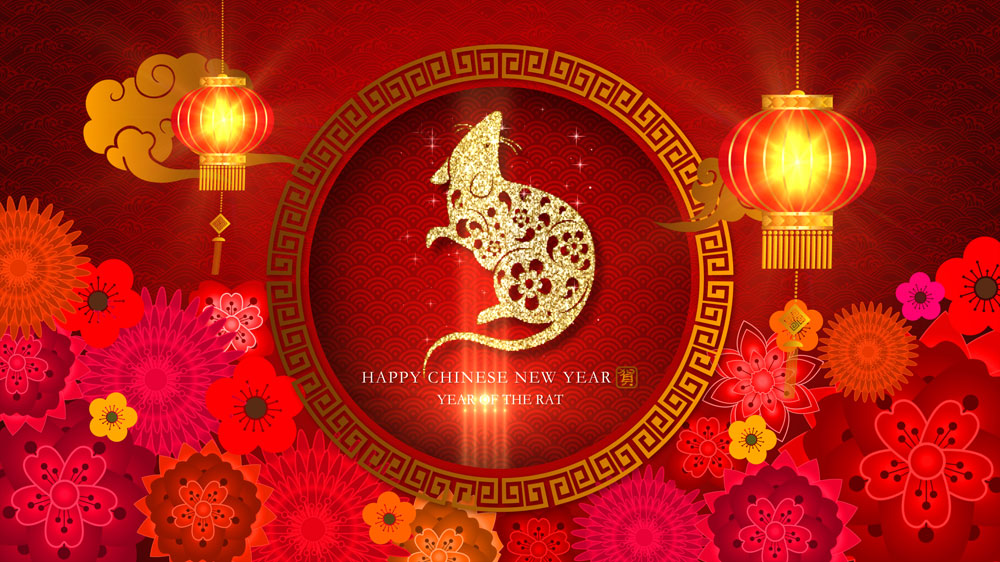 The Chinese New Year is a time for family and friends, bringing a host of traditions and customs that have been observed for thousands of years. These include: 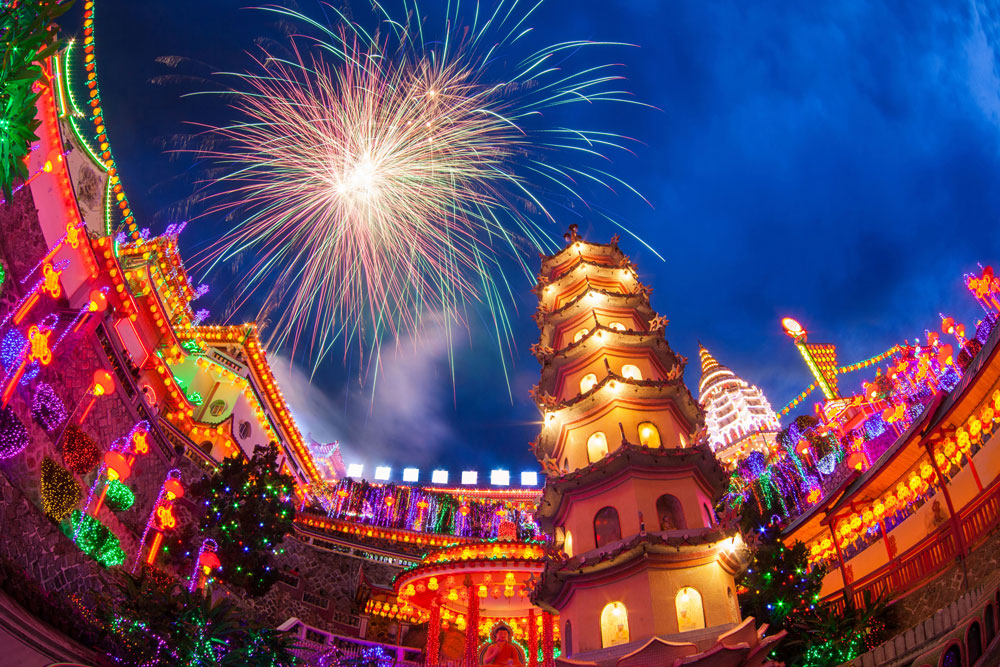 Fireworks
Fireworks are used to scare away evil spirits. It is an ancient Chinese tradition to set off fireworks to welcome the New Year. From extravagant public displays in major cities, to private celebrations in people’s back gardens in China, setting off fireworks is an indispensable festivity. 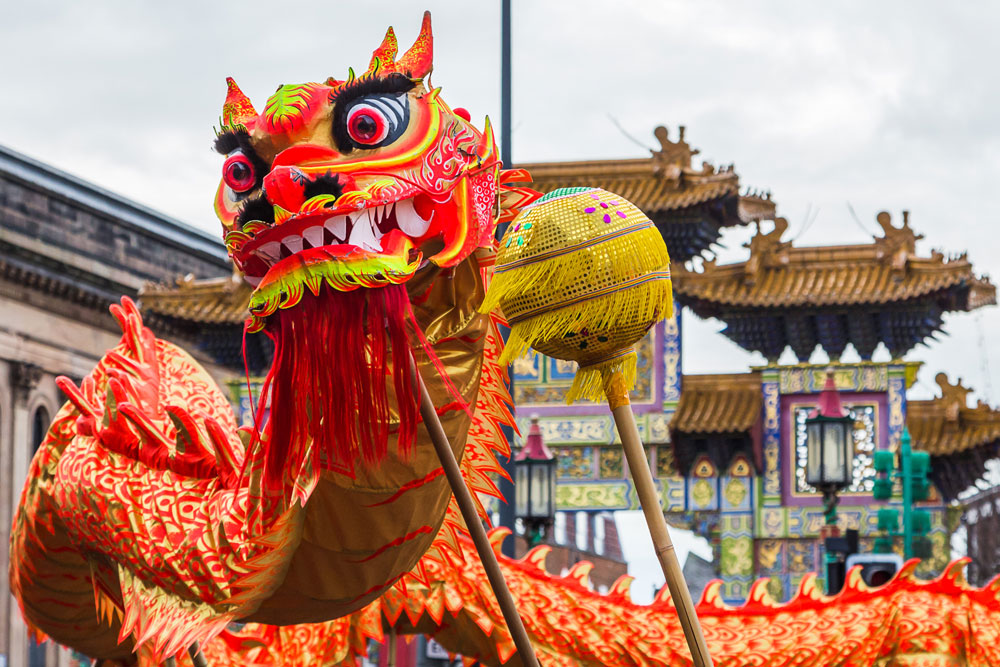 Lion and dragon dances
The lion is a symbol of power, wisdom, and strength. The lion dance is one of the most important traditions of the Chinese New Year. Lion dances are performed to bring good fortune and chase away evil spirits – they also bring prosperity and good luck into the upcoming year. The dragon symbolises wisdom, power and wealth and is believed to bring about good luck. The body used for the dragon dance is stored in a local Dragon King Temple and can only be taken out the day before the festival. 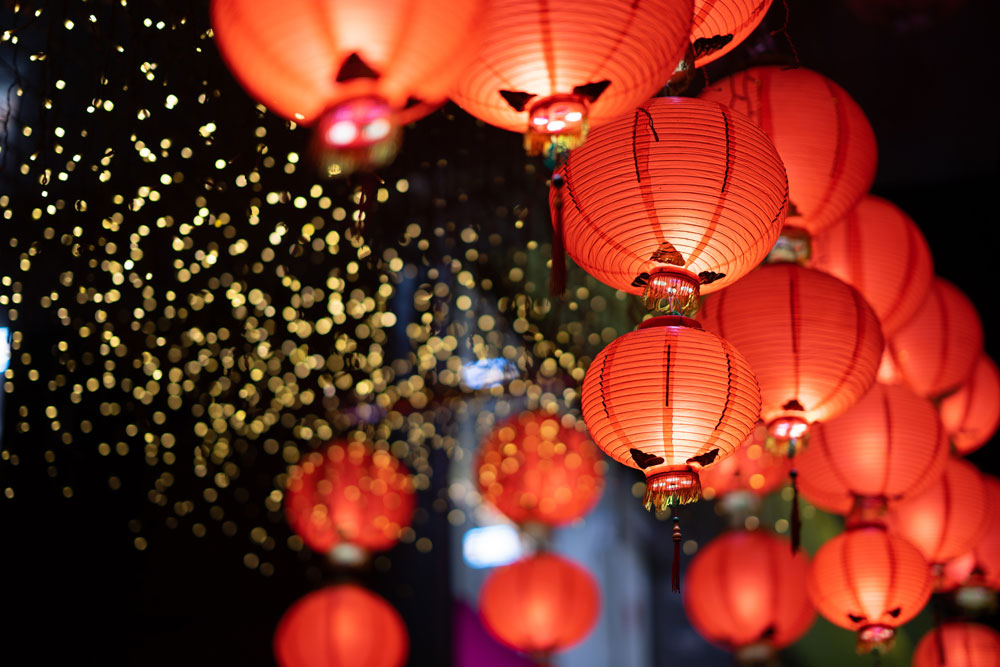 Cleaning and decorating
In the days leading up to the first day of the Chinese New Year, homes are cleaned to remove the old and welcome the new. By doing this, you’re getting rid of any bad luck from the previous year. Once spotless, the house is decorated to welcome the New Year. Red is the most popular colour for Chinese New Year decorations because it resembles the Chinese element fire, which symbolises good fortune and joy. The most common Chinese New Year decorations include lanterns, paper cut-outs and door gods. 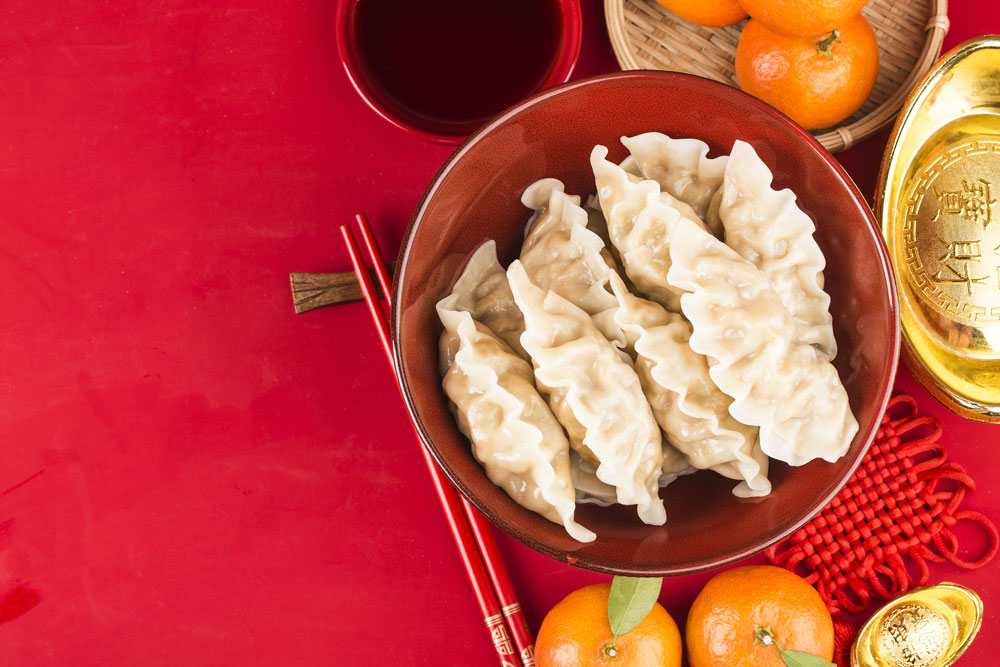 New Year’s Eve reunion dinner
Families gather on the Chinese New Year’s Eve for a reunion dinner, which is seen as being the most important meal of the year. The spread includes an abundance of delicious festive dishes, with fish being the main entrée. The tradition of eating fish during Chinese New Year celebrations stems from the belief that eating fish will bring a surplus of wealth into the following year. It’s also custom to eat dumplings on New Year’s Eve because they resemble money. 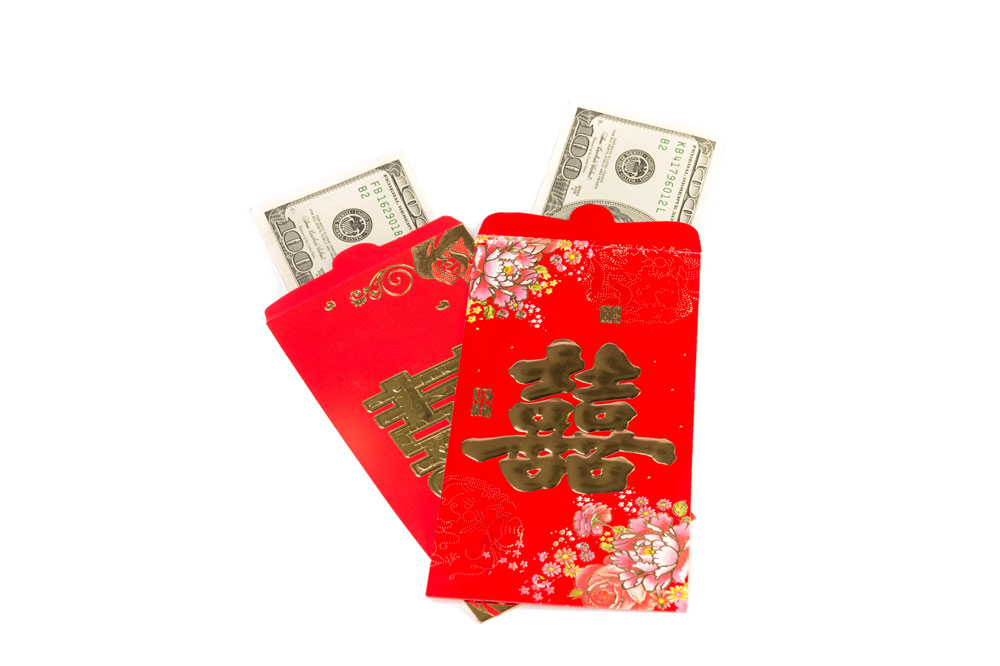 Red envelopes
A Chinese New Year red envelope is a monetary gift that is typically given by senior family members to their junior relatives. The money received in the red envelope is believed to keep evil spirits away from the recipient, keeping them healthy and prosperous in the coming year.

With the gift of money being at the forefront of Chinese New Year tradition, we’re not charging transfer fees on selected currencies until 28th January 2020. To find out more, click here.

During the Chinese New Year celebrations, it’s tradition that lucky food is eaten to bring good luck and prosperity for the coming year.

1) Fish – prosperity
Steamed fish is a traditional Chinese New Year dish. Fish symbolises surplus and wealth and it is believed that by eating surplus fish at the end of the year, more wealth will come in the next.

2) Dumplings– wealth
Dumplings can be made to look like Chinese silver ingots, to represent wealth. Dumplings should also be arranged in lines, not circles. This is to resemble that your life has a direction rather than going round in circles.

3) Tangyuan – family
Tangyuan, or sweet rice balls, are associated with reunion and being together because of their round shape and pronunciation.

4) Niangao – career
The glutinous rice cake sounds like it means ‘getting higher year on year’ in Chinese. Higher meaning more prosperous in business and a general improvement in life.

5) Noodles – happiness
Longevity or long noodles are eaten for Chinese New Year to resemble a long life. These should not be cut, because the belief is the longer the noodle, the longer the life. 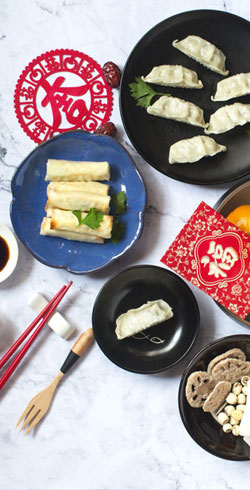 Great places to celebrate Chinese New Year around the world 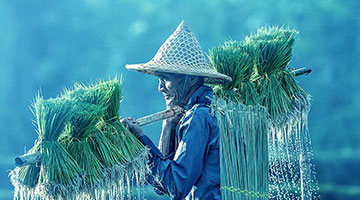 Preparations for the Indonesian Chinese New Year begin well in advance, including tying up loose ends and putting things in order to start the New Year with a fresh beginning. Most temples hold midnight prayers where hundreds of candles burn to symbolise a bright future. It’s also traditional for families to open every door and window to allow the old year to go out and the good luck to come in.

London’s Trafalgar Square is home to the notorious London Chinese New Year Parade, the largest of the Lunar New Year festivities outside of Asia. The parade makes its way through Shaftesbury Avenue and finishes in the atmospheric Chinatown. The event brings together hundreds of thousands of people to welcome the Year of the Rat, including a colourful parade, dragon dances, stage performances and traditional Chinese food. 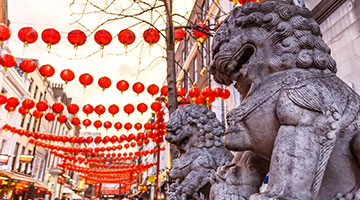 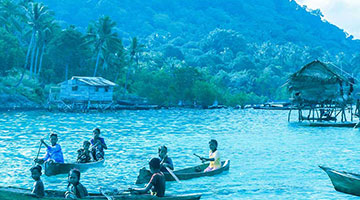 In Malaysia, the concept of an open house is usually practiced, where friends and family have an open invitation to visit their loved ones. Malaysia’s leaders are known to also do this on a larger scale, usually hosting events in larger buildings to welcome locals and visitors.

The Chingay Parade is one of Singapore’s most anticipated festivals. Held from 31st January – 1st February 2020, the event takes place on the stretch from the F1 Pit Building to NS Square and features the release of 200 metres of firecrackers, fireworks, laser lights, pyrotechnics and cultural performances. 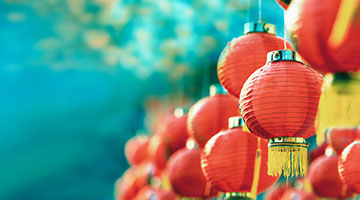 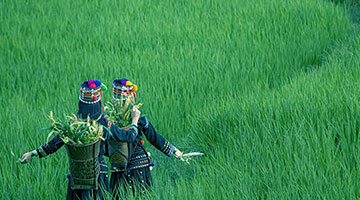 Chinese New Year in the Philippines

Did you know that the Philippines is home to the world’s oldest Chinatown? Binondo was established in the year 1594 and is said to be one of the best places to celebrate the Lunar New Year. Here you can experience Chinese culture at its finest, including browsing the street stalls selling lucky charms, enjoying authentic Chinese food and watching cultural performances.

Bangkok is home to one of Thailand’s largest Chinese communities and is mainly celebrated by street parties and parades throughout the city. Celebratory events are spread throughout Bangkok’s Chinatown and temples, and are attended by Thai princesses who participate in special ceremonies. 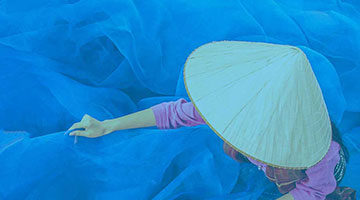 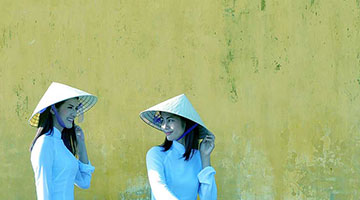 Tet Nguyven Dan, or the Vietnamese New Year follows the same calendar as the Lunar New Year. The Tet New Year follows many of the same traditions as the Chinese New Year, including cleaning homes to get rid of any bad fortune and lighting fireworks. Dogs are also encouraged to bark to inspire confidence and hooting owls are seen to be an unlucky omen. Hanoi, the capital of Vietnam, is said to be the best place for traditional Tet celebrations, including fireworks at the stroke of midnight.

No transfer fees this month* when you send money via Xendpay

In all the countries that celebrate the Chinese New Year, the giving of red envelopes is a tradition that is never overlooked. Whatever your plans are this Chinese New Year, you can send money to your loved ones back home using Xendpay. Enjoy no transfer fees* when you send money to your family and friends in China, Hong Kong, Indonesia, Malaysia, Nepal, Philippines, Singapore, Thailand or Vietnam over the Chinese New Year. Although it may not be sent via traditional red envelopes, you can be sure that your money will be sent swiftly and securely online. 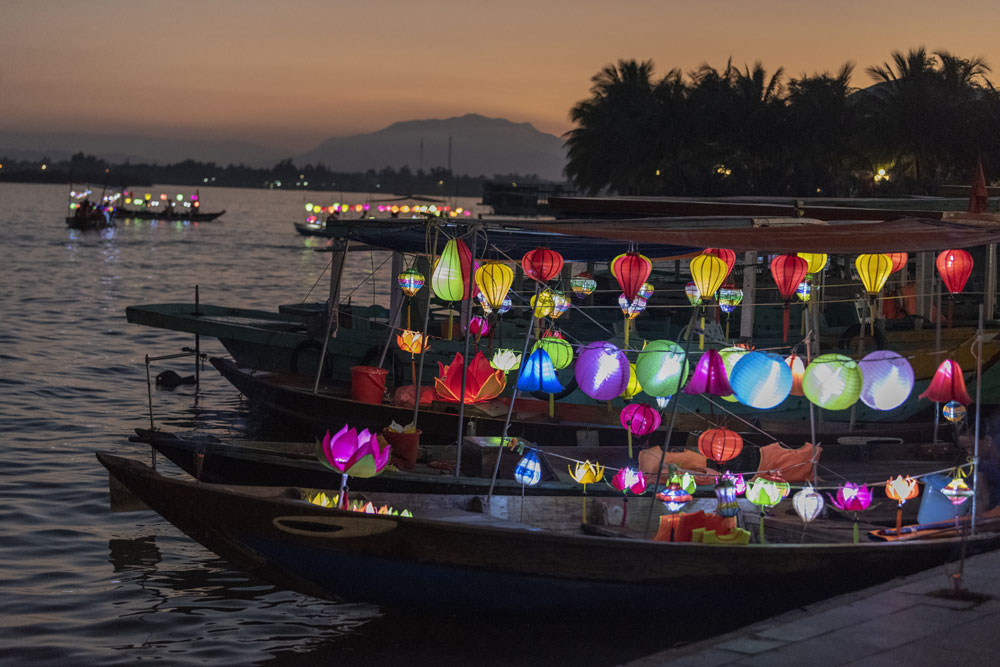